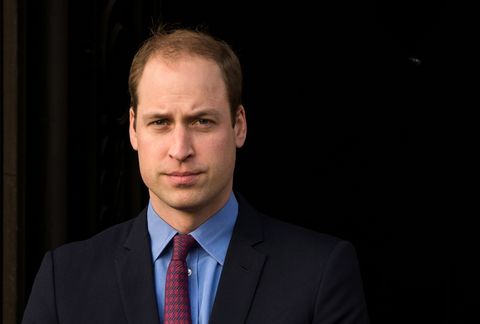 In case you needed another reason to love Prince William, the British royal is standing up to bullying in the name of his late mother, Princess Diana. William created the below video for the first-ever Stand Up to Bullying Day in honor of The Diana Award, a cause close to his heart for obvious reasons. (Note: the Prince has been actively involved in anti-bullying for some time, and even created The Royal Foundation's Cyber Bullying Taskforce.)

"Bullying is an issue which can affect any one of us, regardless of age, background, gender, sexuality, race, disability, or religion. It can happen for many reasons and is often stupid and cruel, and can take many forms," Prince William says, going on to add that "bullying is not just confined to the playground or classroom, and it does not only affect children and young people. It exists all around us; in peoples' homes, in the workplace; and in their wider communities."

Not to be cheesy, but something tells us Diana would be proud.