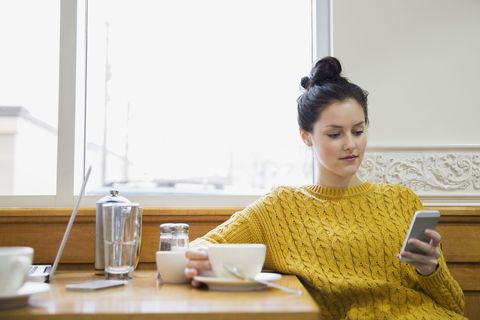 —NBC has cut ties with Donald Trump over the inflammatory remarks he made about immigrants when announcing his presidential bid. The network is pulling Miss USA and Miss Universe, and Trump has been kicked off The Apprentice. (The Hollywood Reporter)

—David Sweat, the murderer who escaped a maximum-security prison in upstate New York earlier this month, was shot and captured over the weekend, ending a three-week manhunt for him and his partner Richard Matt. (New York Times)

—On the unfortunate flip side, a gay pride parade in Istanbul was violently shut down by police, who attacked the crowd with pepper spray and rubber bullets. (Time)

Getty Images
This content is created and maintained by a third party, and imported onto this page to help users provide their email addresses. You may be able to find more information about this and similar content at piano.io
Advertisement - Continue Reading Below
More From Culture
Hang On, What's "ROC" at the Olympics?
Obsessed With the Olympics? Read These Books
Advertisement - Continue Reading Below
'Bachelor In Paradise' 2021: Everything We Know
The 'Friends' Cast Just Dropped Iconic Merch
Twitter Is Obsessed With Greg on 'Bachelorette'
You're About to Hear a Lot About Athing Mu
Meet the Cast of Katie's 'Bachelorette' Season
Blake Moynes Has a Thing For 'Bachelorette' Leads
'Skye Falling' Should Be on Your Summer TBR List
What Makes an Olympic Moment?