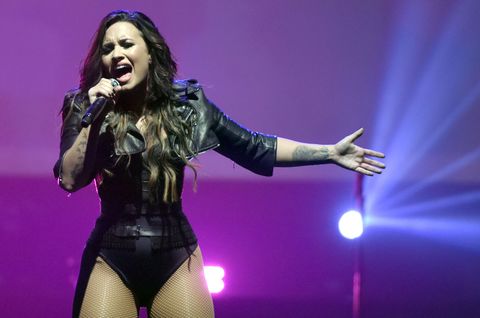 Awards season has officially begun. Tuesday morning, presenter (and Grammy winner) Meghan Trainorannounced the nominees for the 2017 Grammy Awards. And it seems that the upcoming February award show is going to be filled with heavy-hitters.

Leading with nine nominations, Beyoncé will face off with runner-up Adele, who is nominated for eight Grammys, for a ton of categories: Record of the Year, Song of the Year, and Album of the Year. Other top nominees include Drake and Kanye West, who also have eight nominations each.

While there are many familiar faces and Grammy vets nominated for the coveted awards, there are also several first-time nominees. And a good mix of them couldn't contain their excitement on social media. Check out their reactions:

I still can't believe I've been NOMINATED FOR A GRAMMY.... you guys have no idea how unbelievably grateful and happy I am.. wow... #pinchme

🎉🎉🎉 SO EXCITING!! Can't believe it?! So honored to be nominated with such a talented group of artists! #grammys2017 #piecebypiecelive https://t.co/naqGiHggkO

crying. what an absolute blessing to be recognized for dangerous woman this way ♡ ♡ ♡ ♡ thank you for the nominations @RecordingAcad ♡ ♡ ♡

"shout to the #grammys for taking a swim with me on my nomination much love to all the voters.." #lakebytheocean 🏊🏾 pic.twitter.com/FEEXSElVtE

Congratulations to Barbra Streisand and her collaborators on their Best Traditional Pop Vocal… https://t.co/dOedmbtknI

Glory be to God. I'm nominated for 7 #grammys. Thank you to everyone who worked on Coloring Book, I love you.