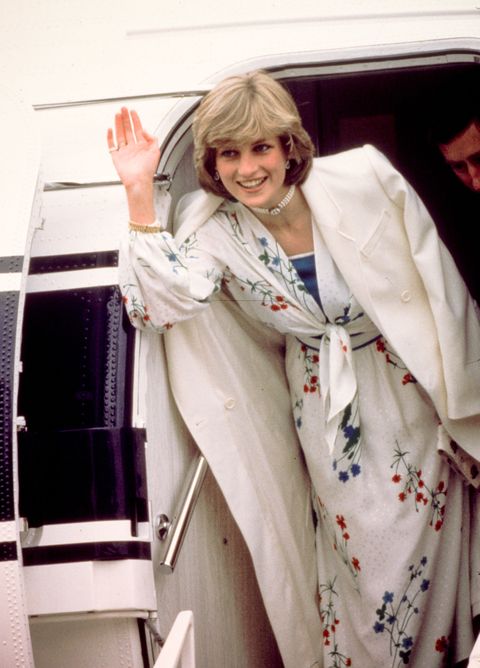 Ryan Murphy's Feud franchise is the gift that keeps on giving, and the fact that season two is about Princess Diana and Prince Charles is just too much perfection. Of course, everyone's obsessed with who might play the famous pair—and Kathy Bates just dropped a big hint about an iconic Murphy favorite stepping into Lady Di's heels.

While at Palyfest, Bates referred to actress Sarah Paulson as "the people's princess" multiple times—which (in case you didn't know) was a popular nickname for Diana. It's of course possible that Bates was joking, but Paulson certainly looks the part.

As ET reports, the actress previously joked about playing the Queen Mother in Feud Season 2, saying "I don't think [Murphy's] gonna let me do that. That might be a bridge too far. He might also be like, 'Oh, lady... no!' I could play one of the corgis."

Mehera Bonner Contributor Mehera Bonner is a news writer who focuses on celebrities and royals—follow her on Instagram.
Advertisement - Continue Reading Below
More From Culture
HBO Is Making Iconic Shows & Movies Free to Watch
Tim Gunn & Heidi Klum Also Wear PJs to WFH
Advertisement - Continue Reading Below
'Parasite' Is (Finally!) Coming to Hulu
The Best Teen Movies of 2020
Family Movies Both Grown-Ups and Kids Will Love
The Best Wedding Movies of All Time
Read 'Anna K' Even If You Didn't Read the Original
19 Most Underrated Films of All Time
The Music Podcasts We Keep Pressing Play On
Why You Keep Seeing "Until Tomorrow" on Instagram