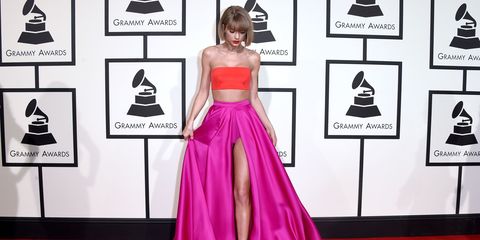 Hope you wore your sporting underwear.

If your dress has a slit and you don't post with it, does it even exist? We'll say this one is for walking purposes.

As does Demi, who's abiding by the boobs or legs rule, though she could definitely do both.

Very similar to Demi, but Elle's noticeably feeling herself and her feathery Christian Siriano gown, which puts her higher on the Grammys 2016 Slit Spectrum™.

A few more inches of thigh + ruching can make a big difference.

By that same logic, the Weeknd's better half (wearing Alexandre Vauthier) falls squarely in the middle of the pack with her double leg openings.

Rather modest by Brazilian swimsuit model and Versace standards, but still—it only gets more eye-popping from here.

Big props to Carrie for daring to bare a part of her leg most women have neglected to think about since December.

Thematic Gaga is back with no pants, vertiginous heels, and a Bowie tribute by way of Marc Jacobs.

And the winner is...Ciara and her hipbone. 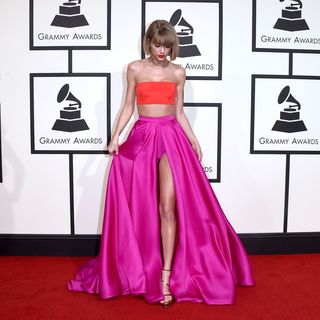