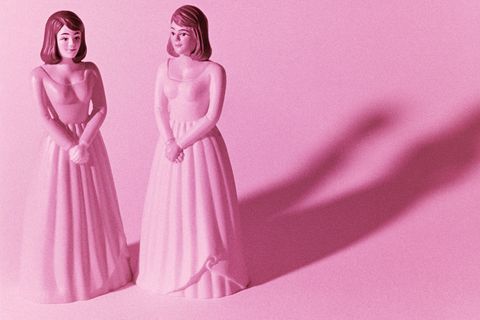 Did you know the Pew Research Center has been gathering information about public opinion on same-sex marriage for the past 20 years? Did you know that, in 2010, more Americans opposed allowing gays and lesbians to marry than supported it? I didn't!

In advance of the SCOTUS's ruling later this month and the 2016 presidential campaign, anew survey from the fact tank offers a glance at how Americans stand on the issue. The good news: From a poll of 2,002 adults, 57 percent of people now favor same-sex marriage, the highest level of support in nearly two decades. Yay! The unsurprising news: 65 percent to 34 percent is the breakdown of Democratic versus Republican support. The stupendous news: 72 percent of voters who identify as Republican, Democrat, and Independent believe it's inevitable same-sex marriage will eventually be recognized legally.

We probably don't say this enough, but go America! I mean 'Murica! Eagles and marriage equality for all!