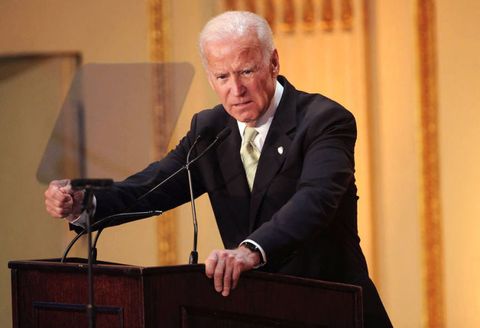 When he isn't laughing at his own memes or cuddling dogs named after him, Joe Biden is actively fighting for equality and human rights.

Shortly after leaving the White House, he and his wife launched the Biden Foundation, whose primary focuses are the fight against cancer and violence against women.

On Tuesday, he shared a powerful PSA by #ItsOnUs, an initiative that aims to end sexual assault on college campuses.

He shared the video with one simple statement, "The correct word for sex without consent is rape. Period. #ItsOnUs to know the signs and to stop it."

Obviously, it just made everyone miss him even more.

Thank you for spreading the word, Joe! #ItsOnUs.