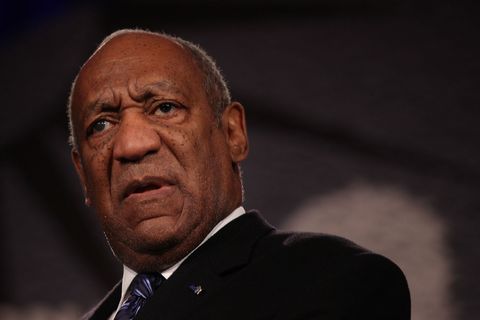 According to court documents made public by the Associated Press, Bill Cosby admitted to drugging one woman with the intent to sexually abuse her. In 2005, Cosby had testified under oath that he slipped three half-pills of Benadryl to an unnamed Temple University employee. The sexual abuse lawsuit was settled in 2006, with the terms undisclosed.

The documents had been held by Cosby's lawyers, who had objected on the grounds that they would embarrass their client, but the AP recently went to court to have the documents released. Cosby has been accused by multiple women of sexual abuse. Many of them believe they were drugged. Cosby has never been charged.

Cosmo Frank I am a human male that enjoys consuming meals consisting of all five food groups and fulfilling every level of Maslow’s Hierarchy of Needs.
This content is created and maintained by a third party, and imported onto this page to help users provide their email addresses. You may be able to find more information about this and similar content at piano.io
Advertisement - Continue Reading Below
More From Celebrity
Jennifer Lopez and Ben Affleck: Everything We Know
Harry & Oprah's Mental Health Doc Has a Title
Advertisement - Continue Reading Below
Serena Williams Might Miss the Tokyo Olympics
Jennifer and Ben Have "Unreal" Chemistry Together
The Sussexes Marked Archie's Bday in a Lovely Way
Queen's Cousin Accused of Selling Access to Putin
Meghan Wore a Meaningful Necklace for Vax Live
How Celebrities Are Celebrating Mother's Day 2021
Gabrielle and Kaavia's Mother's Day Pic is So Cute
Ben Affleck's Moving Tribute to Jennifer Garner