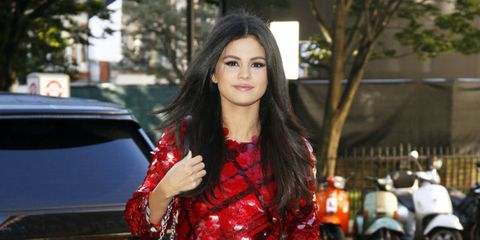 Over the past couple of months, Selena Gomez has been open about her struggles, from getting over Justin Bieber to seeking counseling after being body-shamed earlier this year. But she's now addressing one of her biggest battles—and the real reason she visited rehab in January 2014. "I was diagnosed with lupus, and I've been through chemotherapy," she told Billboard. "That's what my break was really about. I could've had a stroke."

The tabloids suggested substance abuse. "I wanted so badly to say, 'You guys have no idea. I'm in chemotherapy. You're assholes,'" Selena said. "I locked myself away until I was confident and comfortable again."

And she put the energy from her anger into her music: "I'm so f--king nice to everybody, and everyone is so vile to me," she said. "I've been working since I was seven. I've been a UNICEF ambassador since I was 17. It's so disappointing that I've become a tabloid story. The hate motivated me."

Selena also clarified once again that Revival and her comeback have nothing to do with Justin Bieber's. "No. This is my time," she said. "I've deserved this. I earned it. This is all me."