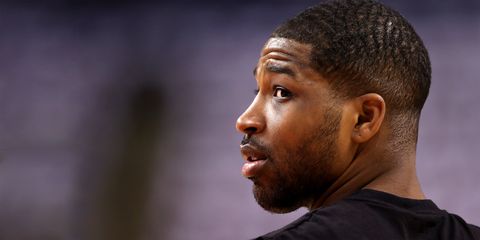 On Tuesday, reports broke that Tristan Thompson had cheated on Khloé Kardashian on multiple occasions and with multiple women. Videos released by the Daily Mail and TMZ seemed to show Thompson kissing and "motorboating" other women. The videos were allegedly taken during Khloé's pregnancy (she's due to give birth to the couple's first child any day now).

Thompson's ex, Jordan Craig, appears to have responded to the news in a post on her Instagram Story.

"If you respect yourself and you respect others, you would never make light of the misfortune of anyone, nor would you feel indemnified when it comes at the expense of others," she wrote.

Craig and Thompson have a son together, 15-month-old Prince Oliver.