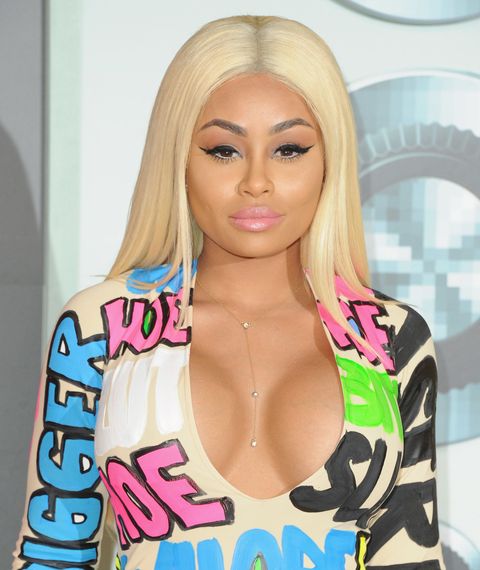 Blac Chyna, future mama to a Kardashian and a future Mrs. Kardashian, is covering all her bases with the famous name. According to legal documents obtained by TMZ, Chyna is trademarking "Angela Renee Kardashian," a name you will see at future public appearances featuring Rob Kardashian's wife. Chyna, whose birth name is Angela Renee White, plans to use the Kardashian name for entertainment services, in-person appearances (live, televised, movie), appearances as a social media celebrity, as well as party-hosting duties. Don't the words "With hosts Angela and Rob Kardashian" just sound so promising?

In related news, it looks like you might see even more of Angela Kardashian and her growing family, courtesy of E! TMZ reports that the engaged couple have been in talks with the network to film a new series about their family. The couple is reportedly asking for a 7-figure paycheck, to which I say, pay them already! Who wouldn't want to watch another modern-day family raise their children on TV, all while dealing with business ventures (like makeup lines and designer socks) on the side?

This content is created and maintained by a third party, and imported onto this page to help users provide their email addresses. You may be able to find more information about this and similar content at piano.io
Advertisement - Continue Reading Below
More From Celebrity
Anna Kendrick Looked Pretty in Pink at a Premiere
John Mulaney & Olivia Munn Might Split Up: Source
Advertisement - Continue Reading Below
The Sussexes Worried Archie Would Attract Mockery
Diana Would Be "Thrilled" for Harry and Meghan
'Friends' Actor James Michael Tyler Has Died at 59
Prince William Mentioned Harry By Name, Finally
Republicans Want Meghan Markle Stripped of Title
Princess Diana Would Be "Horrified" By Portrayals
The Cambridges Head Out on Vacation
Spice Girls Reunion Tour Might Feature Posh Spice