Oftentimes, even more telling than what celebrities post on their own official social media accounts is what they post in response to what they see on social media. Because celebs, they really are just like us. They're liking and commenting and absentmindedly double-tapping in their downtime. Reading the comments that celebrities leave on other celebrities' posts is a particularly delicious kind of social media stalking. And if you care at all about celebrity comments, there is one woefully underrated and tragically not-yet-verified Instagram you really need to be following: Comments by Chrissy Teigen.

Chrissy is, after all, the reigning queen of commenting on (and just existing on) social media. She doles out perfectly-placed shade like it's a full-time job (in addition to all of her other actual jobs, like being a model, host, author, mother, wife, and daughter), gifting the world with enough gems for the people behind Comments by Chrissy Teigen to update multiple times every day.

It’s on the tip of my tongue. #CommentsByCelebs

If reading a post from your favorite celebrity is like getting to listen to them tell a personal story at a party, reading their comments to each other is like eavesdropping on a private conversation between two of the most popular people at that same party. Unfortunately, these comments are also easy to miss in the avalanche of posts from other fans and from tweens commenting "Lb" on repeat. Which is why there are entire (and very popular) Instagram accounts dedicated to capturing and sharing the glory of celebs in the comment section, most notably the brilliant Comments by Celebs.

Do yourself a favor and follow Comments by Chrissy Teigen immediately. 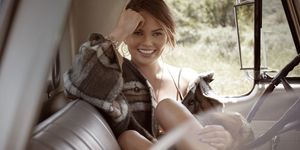 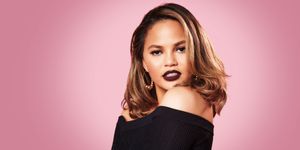 Chrissy Teigen Got Owned by Kermit on Twitter
Kayleigh Roberts Contributor Kayleigh Roberts is the weekend editor at Marie Claire, covering celebrity and entertainment news, from actual royals like Kate Middleton and Meghan Markle to Hollywood royalty, like Katie Holmes and Chrissy Teigen.
Advertisement - Continue Reading Below
More From Celebrity
Kate and Meghan Are Glowing In Massimo Dutti
The Jonas Brothers Remade a Scene from 'Camp Rock'
Advertisement - Continue Reading Below
Harry Doesn't Want 'The Crown' to Cover His Life
Meghan's Emotional Visit to a London Dog Shelter
Taylor Swift's Mom, Andrea, Has a Brain Tumor
Kate Wore a Great Chevron Blouse to UK Event
Brad Pitt and Jennifer Aniston's Pics, Analyzed
58 Celebrities Who Hated Their Roles
Prince Harry Grins as He Returns to Canada
Meghan Markle Went on a Hike With Archie