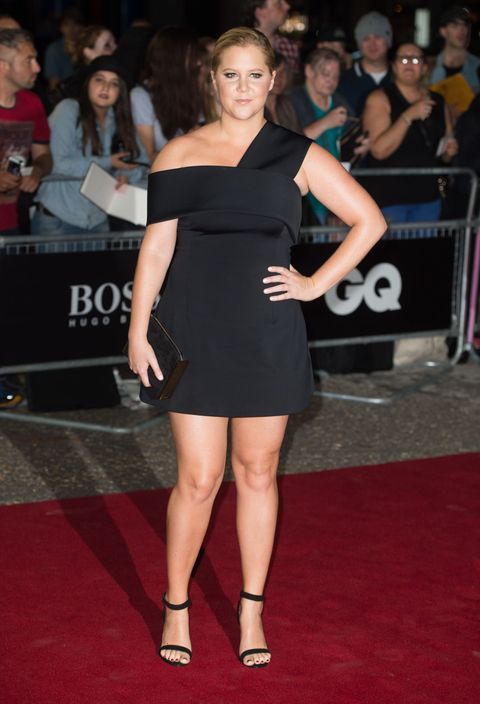 Amy Schumer has pulled out of playing Barbie in the new live-action film.

"Sadly, I'm no longer able to commit to Barbie due to scheduling conflicts," the actress toldVariety in a statement Thursday. "The film has so much promise, and Sony and Mattel have been great partners. I'm bummed, but look forward to seeing Barbie on the big screen."

The film tells the story of how Barbie was evicted from Barbieland because she didn't fit in. Instead she finds herself in the real world where she realizes "perfection comes on the inside, not the outside, and that the key to happiness is belief in oneself, free of the obligation to adhere to some unattainable standard of perfection."

Schumer's casting received backlash from those who felt she didn't live up to the unrealistic proportions of the doll (who wouldn't even be able to walk IRL because of her physique). True to form, the comedian responded with humor and wit.

"Is it fat shaming if you know you're not fat and have zero shame in your game? I don't think so," she wrote on Instagram alongside a picture of her at the beach. "I am strong and proud of how I live my life and say what I mean and fight for what I believe in and I have a blast doing it with the people I love. Where's the shame? It's not there. It's an illusion."

Very very honored to be nominated for 2 Grammys and to be considered to play an important and evolving icon. Is it fat shaming if you know you're not fat and have zero shame in your game? I don't think so. I am strong and proud of how I live my life and say what I mean and fight for what I believe in and I have a blast doing it with the people I love. Where's the shame? It's not there. It's an illusion. When I look in the mirror I know who I am. Im a great friend, sister, daughter and girlfriend. I'm a badass comic headlining arenas all over the world and making tv and movies and writing books where I lay it all out there and I'm fearless like you can be. Thanks to everyone for the kind words and support and again my deepest sympathy goes out to the trolls who are in more pain than we will ever understand. I want to thank them for making it so evident that I am a great choice. It's that kind of response that let's you know something's wrong with our culture and we all need to work together to change it. Anyone who has ever been bullied or felt bad about yourself I am out there fighting for you, for us. And I want you to fight for yourself too! We need to laugh at the haters and sympathize with them. They can scream as loud as they want. We can't hear them because we are getting shit done. I am proud to lead by example. "I say if I'm beautiful, I say if I'm strong. You will not determine my story. I will" #thegirlwiththelowerbacktattoo

"We respect and support Amy's decision," a Sony spokesperson said in a statement. "We look forward to bringing Barbie to the world and sharing updates on casting and film-makers soon."

Schumer is currently working on three films, one of which she co-wrote with Jennifer Lawrence, in which they will both star.