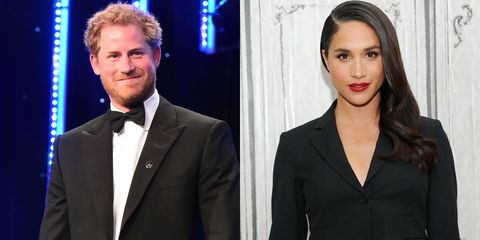 The Duke of Cambridge isn't the only one to publicly support his brother's relationship with Megan Markle. Following the couple's appearance at the Invictus Games opening ceremony Saturday, the Queen's representative in Canada has described the royal romance as "marvelous." 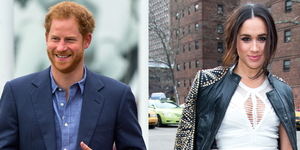 David Johnston, Canada's Governor General, was seated near the prince at the event in Toronto, where Markle films the legal drama Suits. Although the actress did join Harry at the ceremony, they were not seated together.

"We were seated beside one another with the PM and his wife and the First Lady of the U.S.," Johnston told ITV News. "My wife and myself and he (Harry) was alone but you say, I gather, there was a young lady in the audience who was watching him with great interest."

Markle's appearance at the Invictus Games marks her first step into the royal spotlight and it's likely to spark further rumors around an engagement announcement. When asked what the relationship might mean for Canada and the U.K. in the future, Johnston said he hopes it will help to strengthen ties between the two nations. 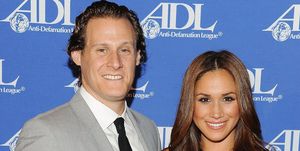 There had been speculation that Markle might make her first official appearance alongside her boyfriend at the Games. However, multiple reports suggest there were concerns that it might overshadow the achievements of the injured armed services personnel and veterans taking part in the competition.

Katie Frost Senior Editor Katie Frost is Deputy News Editor in the Newsroom, covering lifestyle, travel, food, celebrity and royals-related content.
This content is created and maintained by a third party, and imported onto this page to help users provide their email addresses. You may be able to find more information about this and similar content at piano.io
Advertisement - Continue Reading Below
More From Celebrity
See a Rare Portrait of Princess Diana's Mother
Jennifer Lopez on Learning to Love Herself
Advertisement - Continue Reading Below
The Queen May Honor Kate Later This Year
Olivia Wilde & Harry Styles Keep It Profesh on Set
Prince Harry on How Tabloid Attacks Changed Him
Watch Orlando and Katy After Her Performance
Kate Middleton Debuted Long, Straight Hair
Prince Harry's Surprise Inauguration Appearance
Chrissy Teigen Shared a Cute Tom Hanks Story
Gigi and Zayn Finally Reveal Their Daughter's Name