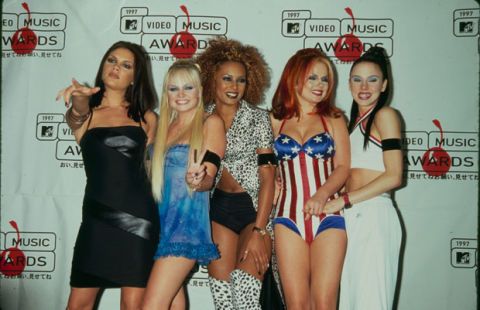 Researchers from the University of Amsterdam say they've actually identified the catchiest song of all time — and it's "Wannabe" by the Spice Girls.

The way that they've measured songs is by recognition and the song's ability to get stuck in your head (also known as the earworm effect). One of the researchers explained to the BBC, "You may only hear something a couple of times yet 10 years later you immediately realize that you have heard it before, yet other songs, even if you have heard them a lot, do not have this effect."

Participants were asked to hit a stop button the moment they recognize a song, and then respond if the song continues to play in your head after you've turned it off. 12,000 people were asked to play the game, in which top 40 songs from each decade of the past 70 years were played during a year-long study period.

See below for the top 20 catchiest songs, according to the results of the study:

8. Whitney Houston, "I Will Always Love You"