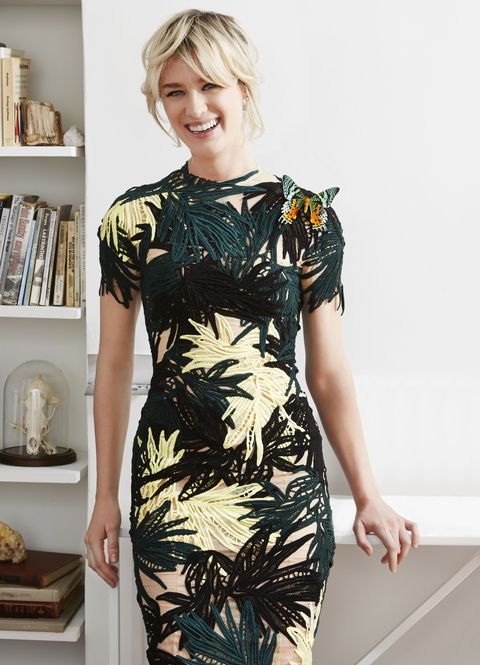 I have a lifelong love of monsters and freaks in the natural world, and I was able to find a lot of little monsters when I began traveling for different jobs.

I started collecting with no real plan, but then I went to this taxidermy shop in Paris called Deyrolle. They have a whole entomology room—really lovely mounting equipment, like pegs and pins and forceps and stuff. But it was expensive! I'm like, I will buy this on the Internet and do it myself. Fact: There are a bunch of classroom resources for middle schoolers learning about bugs on eBay.

It's very low-level. I just find them, usually dead, while traveling. I let them dry out, put them in the freezer to get rid of a lot of the bacteria—so that they won't rot and start to smell—then glue them and pin them on a board. I like the aesthetics and the tactile experience of playing with bugs, learning as I go along.

A giant leopard moth. They only come out at night, but I found one during the day.

I can't emphasize enough how childlike and disorganized this is! It's not like a woman really learning about the world—it's just me, having an afternoon to myself.