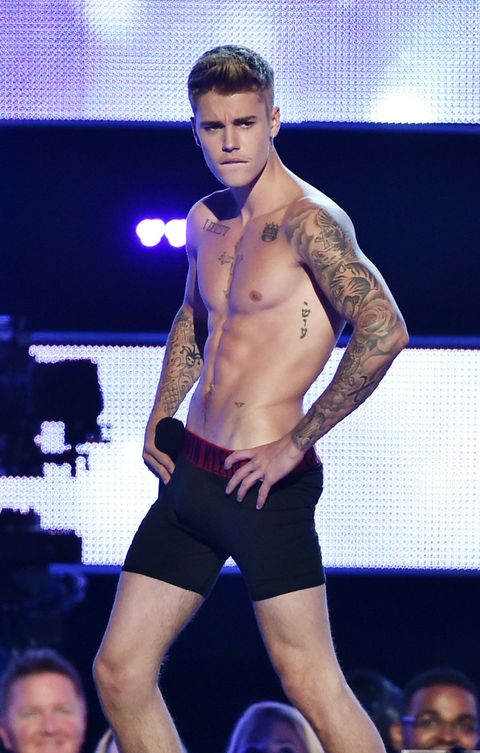 How does Justin Bieber like to get naked? On a dock. On a stage. On a glacier. On the deck of a bungalow in Bora Bora because he didn't know (???) there were paparazzi lurking.

In a series of photos that is scandalizing the internet and sending #whatdoyoupeen into the HOF of trending Twitter topics,  The New York Daily News has published the handiwork of their long-lens photographers alongside the gripping tale of how J. Bieber, Esq. romanced model Jayde Pierce with a guitar serenade before stripping off.

Now, it is my duty to report the facts and only the facts, so I will say that, even though the NYDN had the courtesy to black-bar his most sensitive bits, others on the internet did not. Upon viewing Bieber unencumbered (great memoir title for him, BTW), these were their reactions.

Just saw the Bieb's penis on the Internet. What a time to be alive. #WhatDoYouPeen

Some truthers are speculating Bieber knew about the photo opp because 1) manscaping and 2) working his angles, BUT CAN WE FOCUS ON WHAT'S IMPORTANT HERE? First Lenny. Now the Biebs. THREES, PEOPLE, THREES. WHICH PEEN WILL STRIKE NEXT?