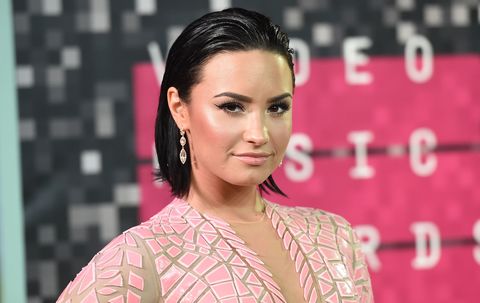 It's no surprise that Demi Lovato's emotional new track "Father" is about her dad, but the 23-year-old pop star recently revealed a whole lot more about the song's origins.

"I was very conflicted when he passed because he was abusive," she says in the YouTube interview below. "He was mean, but he wanted to be a good person, and he wanted to have his family."

Lovato's father, who passed away in 2013, had issues that contributed to his inability to parent: "He knew he wasn't capable of raising a family, and it was because of his mental illness," she says. Music is how she's coped. "I wanted to write about it," she explains. "I wanted to process it."

Watch her touching, candid interview below: