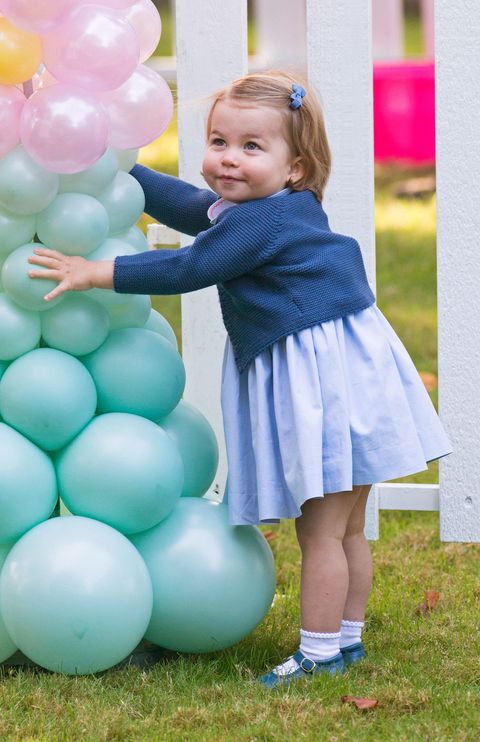 If you thought Bill Clinton frolicking amongst the balloons at the Democratic National Convention like a kid playing with soap bubbles for the first time was cute, it was pretty darn cute. But an actual baby princess going HAM on an inflatable arch conquers all.

While attending a children's party for military families during Mum and Dad's tour of Canada (that would be the Duke and Duchess of Cambridge), Princess Charlotte and Prince George were introduced to the wonder that is plastic sacs filled with helium and stacked in a parabola shape.

They also sat on some sort of animal called a "dog moose," who patiently endured having a tiny royal (and tiny commoners) bounce on his back.

Balloons! More meme fodder! Could life at this moment get any better? We think not.