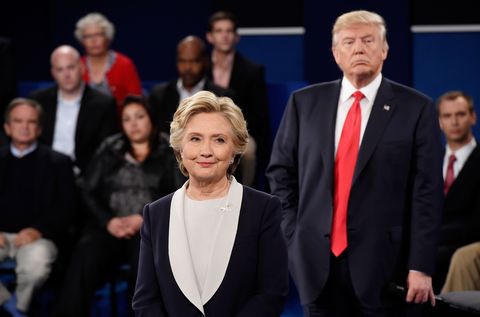 In news that has us all 😱, the next season of American Horror Story will take on the 2016 election. Which, let's be real, was a horror story in the truest sense of the term.

Show creator Ryan Murphy confirmed the news on Watch What Happens Live with Andy Cohen, telling the host: "I don't have a title, but the season that we begin shooting in June is going to be about the election that we just went through. I think that will be interesting for a lot of people."

Cut to Alec Baldwin all:

Speaking of The Donald, Andy Cohen asked if he'd be making an appearance on the show, and Murphy cryptically responded "maybe." Join us in a prayer that Baldwin takes on the role. (Considering he recently claimed to be pursuing "other venues" for his iconic impression, it seems like a very real possibility.)