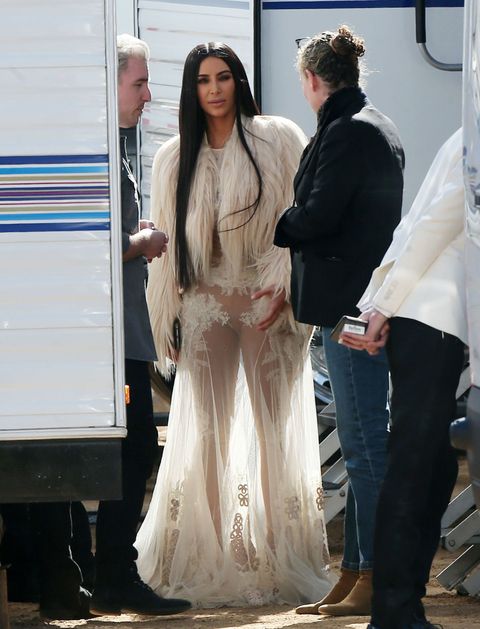 The all-female Ocean's Eight is poised to be the most cameo-filled movie since Zoolander, with countless celebrities making appearances at the film's faux Met Gala—including Kim Kardashian.

Kim was spotted filming in NYC with her sister Kendall Jenner in January, but she seems to be filming additional scenes in Hollywood.

The reality star was spotted on set wearing the same Givenchy gown, presumably to nab extra footage for her plot-line involving a jewelry heist.