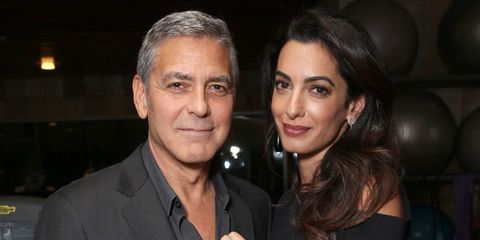 George and Amal Clooney are expecting twins, which means they're busy preparing to literally double the size of their family. There's a lot that goes into that prep, not the least of which is choosing names for the upcoming additions.

Apparently, George has already spitballed a few suggestions, which Amal has (rightly) shut down. According to ET Online, Amal has explicitly banned George from trying to name the babies after his Tequila brand, Casamigos. Fair, Amal. Totally fair.

"My wife says I can't name them Casa and Amigos. That's the one thing I'm not allowed to do," he said. "It was just a thought. I mean, you know, it's a family business."