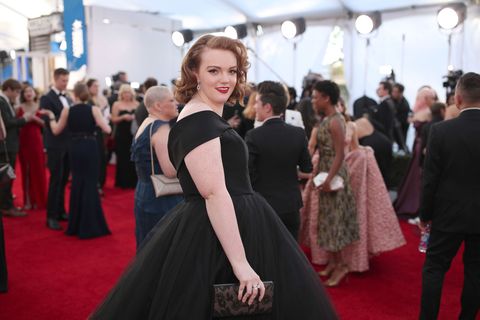 Barb was inarguably the best character inStranger Things (a normcore icon, if you will), and the role catapulted actress Shannon Purser to a new level of fame. Purser has been pretty active on social media since the viral show, and recently opened up to fans about the anxiety she's experienced about her sexuality.

"Getting comfortable with your sexuality is a process," she wrote in the series of tweets below. "It's going to be okay. I wish I'd known that sooner. Another thing I wish I'd known about sexuality is to take it slow. It can define you as much as you want it to. Either way, I know what it's like to have anxiety about it. Especially trying to come to terms with it and my faith. It can be really scary."

Shoutout to this awesome girl for being so open.