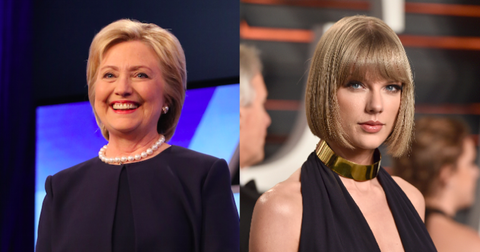 Hillary Clinton presumably has a lot on her mind—you know, what with her new book coming out, not to mention the fact that our country is being run by this man. But she found time to support Taylor Swift, who recently won her $1 countersuit against a DJ she claimed groped her without consent. 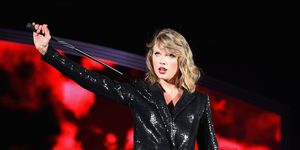 While Hillary didn't make a statement about Taylor, fans were quick to notice that she liked the below tweet from Shannon Watts, which says "Taylor Swift is doing this to show every girl that they don't have to tolerate sexual assault. Thank you, @taylorswift13!"

Taylor has been famously apolitical since the 2016 election, and has continued to stay quiet about Donald Trump—even in the wake of some of his most upsetting and offensive comments. However, her commitment to standing up for women during this trial seems to mark a quiet shift in how strongly she's willing to use her platform as a means of advocacy—and it looks like Hillary is here for it. As she should be.

By the way, we don't know who Taylor voted for, but for what it's worth: