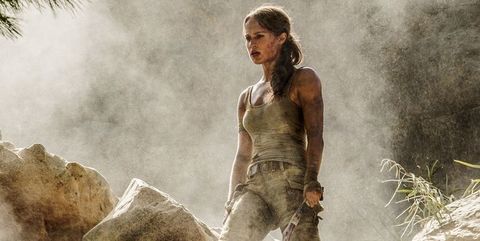 We've been anxiously awaiting the first real look at Alicia Vikander as Lara Croft and now we have it. The first full-length trailer for the Tomb Raider reboot dropped Tuesday night (after leaking online earlier in the day). And it looks—well, it looks totally okay.

Vikander is taking over the role from Angelina Jolie, who first brought the video game character to the big screen in 2001. The trailer for the reboot looks a lot like a video game itself, complete with slow-mo dives and seemingly-impossible jumps. But does it look like a great movie? That remains to be seen.

Tomb Raider boasts an amazing cast (led, of course, by Oscar-winner Vikander), but the first trailer doesn't show off the talented actors' range. Watch the trailer below: