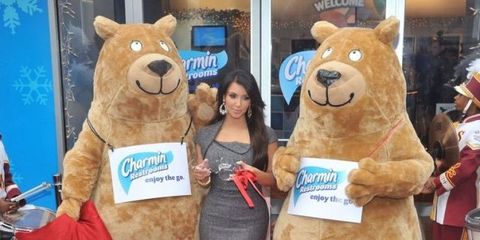 Kim at the Arby's Action Sports Awards. It's not that Arby's or sports are embarrassing. It's that those two words probably shouldn't be used in the same sentence.

Kim with Paris Hilton, promoting canned prosecco in Germany. Remember the thing about "Arby's" and "sports" in the same sentence? It also applies to "canned" and "prosecco."

Khloé, Kim, Kourtney, and Mama Kris at Player magazine's "Player's Guide to the Holidays" event. What exactly does a player's guide to the holidays entail?

Kourtney with Nicole Richie at the Sidekick 3 launch. Remember Sidekicks?

Kim with Paris Hilton at the Sidekick 3 launch. There are so many photos of Kim at various cell phone launch parties through the years that it could really be its own gallery.

Kourtney, Kim, and Khloé at the launch of the Sidekick 3, Dwyane Wade edition.

Kim at the launch of Trump Vodka. How has he not tweeted about this yet?

Kim with Jonathan Cheban at the launch party for the BlackBerry Storm. R.I.P., Kim's BlackBerry.

Continuing the time-honored tradition of eating the birthday boy.

Khloé is approaching these with a healthy amount of skepticism.

Kim opening a nightclub at Nashville's Opryland. Not pictured: Kid Rock, her co-host at this event. God bless the person booking this who thought, You know who would really work well together? Kid Rock and Kim Kardashian.

Khloé and Kourtney launching yet another edition of the Sidekick.

Khloé hosting an anti-Valentine's Day party in Las Vegas. A good idea in theory, except that this cake looks like a butt.

Khloé and Kim launching bubblegum-flavored vodka, with the help of what Getty describes as "the slinky people."

Don't you launch cupcake stores from inside an old-fashioned carriage?

Khloé and Kourtney opening Dash Miami. Included here only because the scissors are so big.

Khloé and Kim with Kelly Osbourne, on roller skates.

The family who wears matching sneakers together stays together.

Trying on clothes for Shopflick.com. Do you think they carry Valentino?

Khloé enjoying a not-at-all staged visit to a cupcake shop.

Kim serving as the grand marshal for the Winterfest Boat Parade in Hollywood, Florida. 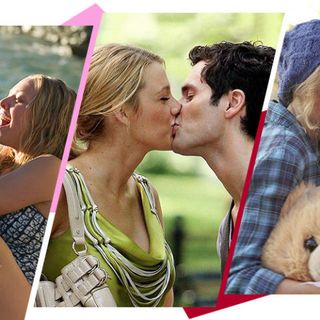 Eliza Thompson senior entertainment editor I’m the senior entertainment editor at Cosmopolitan.com, which means my DVR is always 98 percent full.
This content is created and maintained by a third party, and imported onto this page to help users provide their email addresses. You may be able to find more information about this and similar content at piano.io
More From Celebrity
Celebs That You Forgot Were on MTV Shows
The Best TV and Movie Wedding Dresses of All Time
Advertisement - Continue Reading Below
47 'Friends' Facts Every Superfan Should Know
40 Celeb Exes Who Worked Together After a Breakup
35 Unforgettable Royal Wedding Scandals
The 50 Most Popular Episodes of ‘Friends,’ Ranked
Iconic Party Photos From the Past