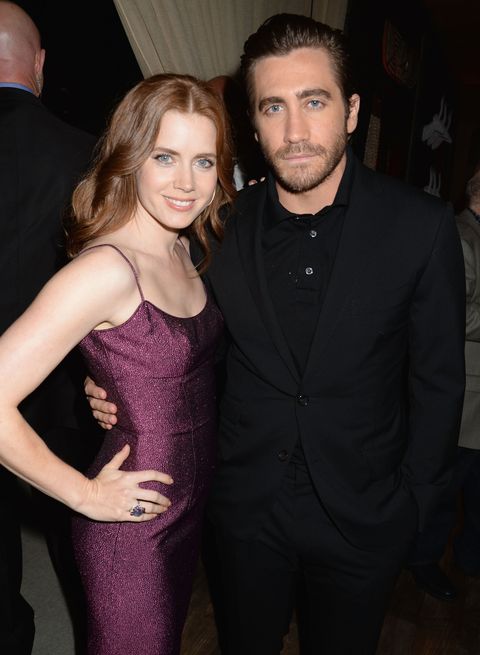 Update, 3/26: Do we have takers? Variety reports that Amy Adams and Jake Gyllenhaal are both in discussions to star in Nocturnal Animals as the titular Susan and Tony from the book on which the movie is based. No official deals have been made yet, but sources say the chances of us seeing Jamy on the big screen as an immaculately dressed husband-and-wife pair are pretty good.

Still holding out for a Julianne Moore part, though. Or Colin Firth.

Original post, 3/25: Ridiculously good-looking gentlemen Tom Ford and George Clooney are teaming up for Nocturnal Animals, which could possibly include the following:

According to the Hollywood Reporter, Ford is attached to direct the film adaptation of the Austin Wright book Tony and Susan, with Clooney and Grant Heslov on board to produce. (They're also doingthe Gloria Steinem miniseries together.) Plot-wise, there's the relationship between a woman and her estranged ex-husband to work with, along with a book manuscript about a family vacation that turns deadly—oh, and some "dark truths."

Are you ready for this? If not, here's a reminder of the last time T.Ford made a movie.