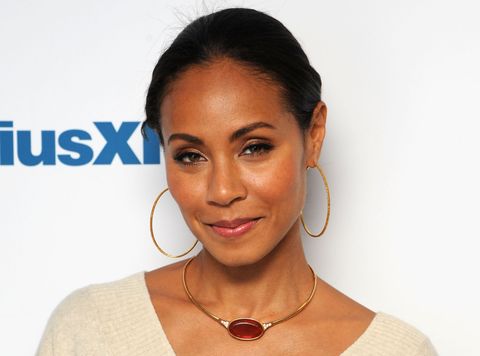 Over the weekend, Gotham star and Smith family matriarch Jada Pinkett Smith took to Facebook to air some concerns in the wake of Hillary Clinton's Presidential bid announcement. "Will she take us to the mountaintop with her or will women of color once again be left out and left behind?" Pinkett Smith asks. And then there's the societal expectation: Is she supposed to vote for Hillary just because she's a woman?

Pinkett Smith makes smart, meaningful probes, and delves into the fact that progressive women's movements through history have often left women of color out of the conversation."Can Hillary, whether she becomes President or not, heal the broken political ties of the women of this nation?"

It's a well-timed challenge to Clinton, at the beginning of her campaign trail, to make her mark and push for change not just for some women, but for all.

"To Say He Wants to Bully Women Is Absurd": Kelley Paul Speaks Out About Her Husband's Presidential Bids and Latest Moves