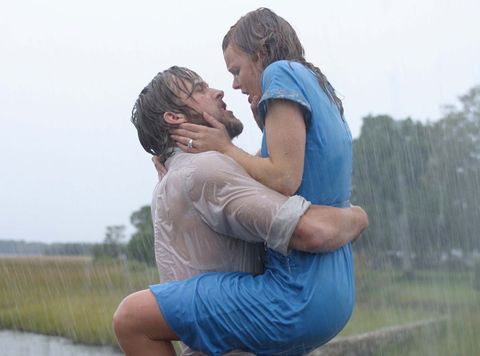 After the announcement that The CW will be rolling out a series based on Little Women set in a gritty, dystopian society (because I've always read the novel thinking, 'This is good, just wish it had more shanking...'), execs have now announced that a TV adaptation of The Notebook will be coming soon.

That's right. As E! reports, a script that follows "the romantic journey of the two beloved central characters Noah and Allie against against the backdrop of the racial politics, economic inequities, and social mores of post-World War II of the late 1940s in North Carolina" is in development with The CW.

The silver lining is that Nicholas Sparks is attached as an executive producer, so something good could come out of this? Maybe? I don't know, we're feeling a bit like Jackson in Teen Wolf: