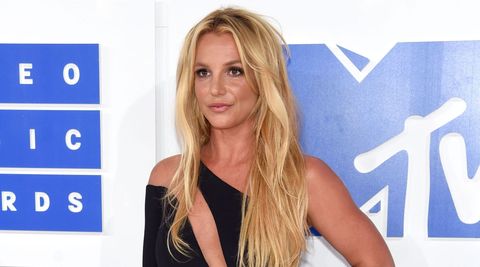 Nine freakin' years—it's been that long since Britney Spears last graced the MTV Video Music Awards stage, but with tonight's provocative showing, it's like she never even left.

With an intro from Kim Kardashian West and some shadow puppets, the reigning princess of pop sang "Make Me" with G-Eazy in a chartreuse rhinestone leotard and matching knee-high boots. Anyone else catch that, uh, crotch grab? But Twitter's more fixated on another element of the performance.

Maybe it's time we bring this back (not that it ever really left).