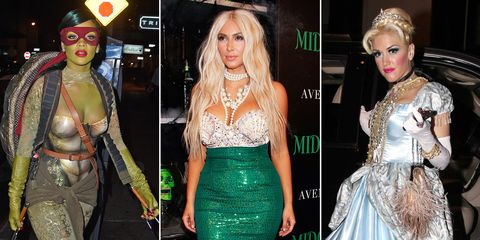 In case you're still in search of the *perfect* Halloween costume (it's less than two weeks away, you know), here's what everyone else will be wearing.

The folks at Influenster surveyed over 42,000 people across the country, collecting the deets on their costume choice for 2015. According to their report, 84 percent of the U.S. population will be dressing up for Halloween—so don't be one of the lame crowd that doesn't. Of that way-more-fun group, Influenster determined the most popular costume for each state.

The super-original American public has made the minions and Frozen's Elsa this year's top picks. (Seriously? Frozen came out almost two years ago, guys.) Beyond that, Disney princesses and characters still reign supreme in several states. (Surprise, surprise.) Alice in Wonderland took the top spot for California while Snow White swept New York, Pocahontas proved most popular in Georgia and Florida, and Cinderella in several Midwestern states. To name a few.

See the full costume break-down from coast to coast in the infographic below: