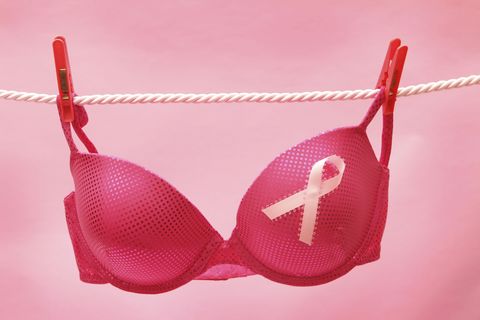 Here's another reason to put down that cigarette: Lung cancer now kills more women every year than any other type of cancer, according to new research. And yes, that includes breast cancer.

To recognize World Cancer Day, the American Cancer Society released a new report that crunched the numbers about the disease around the world. They found that among women in developed countries, lung cancer was the deadliest for the first time ever. It killed 209,000 such women in 2012, compared to 197,000 who died from breast cancer.

Though breast cancer used to be the deadliest cancer for women, lung cancer has long been the number-one killer of men. Researchers say this new change is because women finally caught up to men when it comes to smoking. Smoking is on the decline nowadays, but lung cancer cases tend to pop up among people who caused the damage decades ago.

But keep in mind the number-one killer of women isn't cancer at all. It's heart disease, according to the CDC. To curb your chances of either condition, both the American Heart Association and the American Lung Association both recommend the same thing: Stop smoking, start exercising, and eat healthy. It's nothing you haven't heard before, but it's still advice to live by.

When My Mom Had Breast Cancer

What Every Young Woman Should Know About Breast Cancer