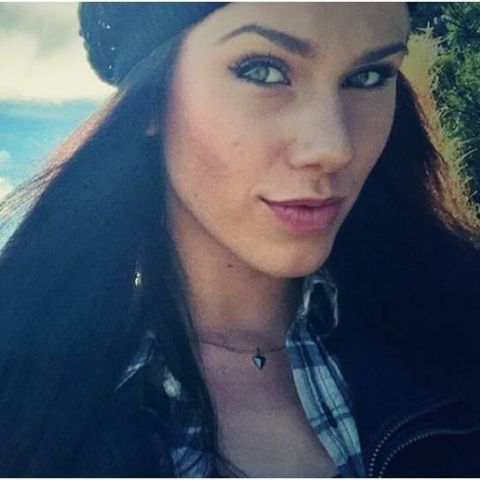 When 22-year-old YouTube star Cassandra Bankson started having back pain, some scans revealed a surprising diagnosis: a missing kidney. And two vaginas.

Also known as "uterus didelphys" (or double uterus), this condition occurs when the two small tubes that typically join together to create one hollow uterus don't completely merge. So you end up with a single vaginal opening, but two vaginal cavities, two uteruses, and two cervices.

"The doctor explained to me that it was like an upside-down nose," Bankson told MailOnline. "I didn't really know what to make of it‚...it certainly helped explain a lot of things," said Bankson, who'd long suffered from terrible period cramps and up to 21 days of bleeding, according to a video she posted about discovering her condition.

Because the uterus didelphys is only detectable by ultrasound or physical exam, many women can go years without realizing they have an extra womb, which can cause more than one period per month and sometimes call for wearing two tampons at once. In rare cases, women who have two separate uteri can get pregnant with non-identical twin babies at the same time.

While having two vaginas doesn't necessarily increase the risk of disease or affect fertility, it can make sex difficult, more painful, or more pleasurable, depending on the woman. Bankson isn't looking forward to discussing her condition with future partners (who will probably Google stalk her before she can spill the beans, anyway). But she wasn't shy about filling in her family members: "I kind of walked in and said, 'Guess what, mom? I'm twice the woman. I have two vaginas."

Elizabeth Narins Senior fitness and health editor Elizabeth Narins is a Brooklyn, NY-based writer and a former senior editor at Cosmopolitan.com, where she wrote about fitness, health, and more.
Advertisement - Continue Reading Below
More From Health & Fitness
How to Build a Mini Gym at Home
Can't Find a Good Online Workout Class? We Gotchu
Advertisement - Continue Reading Below
What It's Like to Be a Doctor Fighting Coronavirus
The Best Workout Apps for Women Who Want Results
LVMH Perfume Factories to Produce Hand Sanitizer
Why Social Distancing Is So Important Right Now
I Tested Positive For the Coronavirus
What Staying Awake for 36 Hours Does to Your Face
The Mental Health Apps Professionals Recommend
How to Be More Spiritual in 2020