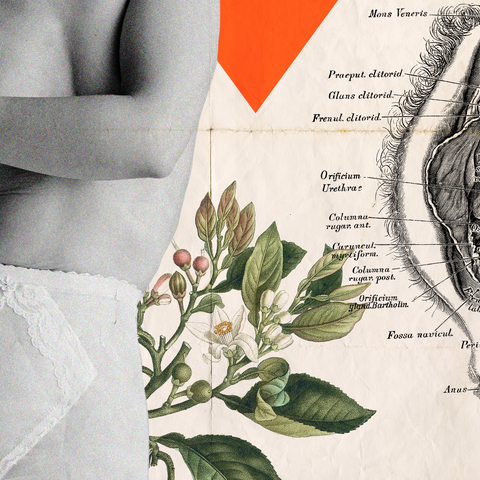 This story was reported with the Fuller Project, a journalism nonprofit reporting on global issues impacting women.

No medical procedure exists that can prove if a woman—or a man, for that matter—is a virgin. Yet, almost 500 years after the hymen was first “discovered,” myths about it remain widespread globally. We set out to dispel them.

Myth: The hymen is a seal across a woman’s vagina.

Reality: Every woman's hymen is different.

“There is such a huge variation of what’s normal,” says Ellen Johnson, an ER nurse trained in sexual assault cases, who works to educate patients and juries about the hymen. Generally, Johnson uses a comparison to a scrunchie with ruffled edges to explain the tissue: “If you pull on the scrunchy, it expands and the ruffles smooth out,” she says. Still, “the hymen can have many different appearances.”

Myth: The hymen exists to show whether or not a woman is a virgin.

Reality: The hymen's purpose is unknown.

Scientists aren’t exactly sure what biological role the hymen plays, but one theory is that the hymen helped protect baby girls from bacteria. Its presence or absence does not indicate whether a person has had intercourse. Virginity is not a medical term.

Myth: The hymen breaks the first time a woman has sex.

Reality: The hymen does not break.

The tissue might rip, stretch, or wear away, but it does not break. Just before girls hit puberty and then during, estrogen increases the elasticity of the hymen, meaning it can stretch, even after sex. As women age and participate in activities including sex and exercise, and experience childbirth, the hymen usually thins and wears away, though not always and not entirely.

Some women experience bleeding or minor discomfort as a result of tissue tearing the first time they have sex—this could also be due to anxiety or lack of necessary lubrication and stimulation—but many do not. Despite this, many women are expected to bleed the first time they have sex, which has traditionally been during the wedding night. Often, whether or not a woman bleeds, or bleeds enough according to what’s expected, is directly linked to her value.

“I didn’t bleed [on my wedding night], so I have no value as a woman,” says Medina, a 19-year-old Afghan woman. Because she did not bleed, her husband left her, ruining her reputation (in her conservative culture, pre-marital virginity is demanded of women) and endangering her life.

Even in the United States, girls and women are seeking out expensive cosmetic surgery in order to “repair” or reconstruct their hymens so that they have a better chance of bleeding the first time they have sex or on their wedding night; plastic surgeons acknowledge they cannot guarantee this will happen.

Myth: A physician can determine if a woman is a virgin by checking her hymen.

Reality: No medical procedure exists that can accurately determine if a person is a virgin.

Although the hymen was long ago deemed a marker of virginity, modern medicine shows that it proves next to nothing. Some women aren't born with hymens at all. Other women have hymens that remain thick even after having sex as adults.

Yet some American medical professionals report performing virginity tests, in which two fingers or a speculum is inserted into the vagina in search of the hymen or to measure the elasticity of the vaginal walls, neither of which can demonstrate whether or not someone has had intercourse.

The bottom line is that virginity testing—even when carried out by a physician—is a sham.

Myth: Virginity testing is illegal in the United States.

Reality: The procedure remains legal in the United States.

Despite the World Health Organization calling on governments worldwide to ban virginity testing, Marie Claire and the Fuller Project have found that virginity testing is occurring here. The practice remains wholly unregulated. It is often forced on girls without their consent by parents or guardians, or on young women before they get married.

There are no federal or state laws banning virginity testing nor are there clear medical guidelines or standards of care from the country’s top medical associations, like the American College of Obstetricians and Gynecologists or the American Medical Association. Hospitals and medical centers often have their own internal policies or none at all. The myth that an “intact” hymen—which is not an accurate medical description—is evidence of virginity is even dangerously present in courtrooms.

Marie Claire and the Fuller Project are committed to reporting on this issue. If you have been forced or coerced into undergoing a hymen exam, or submitted to such an exam willingly, and would like to share your story anonymously or otherwise, reach out to reporter Sophia Jones at sophia@fullerproject.org.