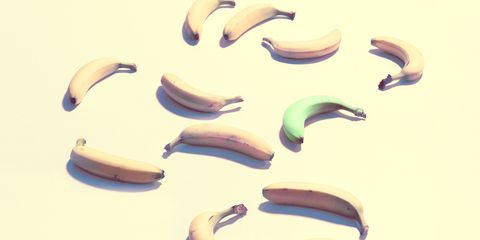 Last time we heard from the Dietary Guidelines Advisory Committee, they were un-vilifying cholesterol. Now, they've gone after bigger fish, except not really because that would be awful for the planet.

The DGAC, a federally appointed panel of nutritionists that sets dietary guidelines, is recommending Americans eat fewer animal-based foods because such a diet would have less of an environmental impact. Naturally, industry groups representing the meat industry...have a beef with the federal report, reports the Hill.

"The same concern would exist if an expert sustainability committee were making nutrition policy recommendations," Betsy Booren, the North American Meat Institute's vice president of scientific affairs, said in a public meeting last week. "It is not appropriate for the person designing a better light bulb to be telling Americans how to make a better sandwich."

In the 571-page report, the DGAC says "the organically grown vegan diet had the lowest estimated impact on resources and ecosystem quality" compared to the average U.S. diet with its reliance on beef, cheese, milk, and seafood. (I mean, we do have a Meat Institute.) But the panel also says not to freak out because they've modeled three different diets for citizens to use as guidelines, and not all of them put the kibosh on burgers.

Later this year, the Agriculture Department and Department of Health and Human Services will use the committee's report to draft its final guidelines, at which point we will find out for sure whether this is really a ploy by Beyoncé to get everyone to subscribe to her 22-day vegan meal plan.

Say Hello to the "Pegan" Diet

Go Wild: My Month as a Hunter-Gatherer—and How It Affected My Health

Chelsea Peng I'm Chelsea Peng, the assistant editor at MarieClaire.com.
This content is created and maintained by a third party, and imported onto this page to help users provide their email addresses. You may be able to find more information about this and similar content at piano.io
Advertisement - Continue Reading Below
More From Health & Fitness
Power Pick: SoulCycle's At-Home Bike
Yes, You Should Be Taking a Probiotic Every Day
Advertisement - Continue Reading Below
The Best Workout Apps for Women Who Want Results
Pilates Mats for Crushing Your Fitness Goals With
Our Favorite Yoga Apps for Beginners
Stress-Relieving Gifts That Will Put You at Ease
How Do We Find Joy Again?
Dr. Fauci's Advice for Keeping Your Immunity Up
How to Build a Mini Gym at Home
Transitioning in the Age of Zoom