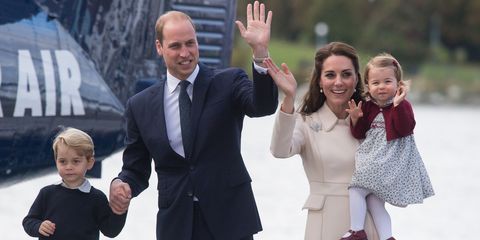 The Duke of Cambridge has warned that overpopulation across the world could have perilous effects for the planet unless significant actions it taken to reduce mounting pressure on wildlife and rainforests.

During his speak at the Tusk Trust's charity gala last night, the prince told the audience that global wildlife populations had halved since he was born in 1982 and Africa's human population was projected to double within 25 years.

Encouraging the world to address the issues with renewed strength, the 35-year-old said: "We are going to have to work much harder, and think much deeper, if we are to ensure that human beings and the other species of animal with which we share this planet can continue to co-exist."

Echoing the views of his grandfather, the Duke of Edinburgh, who in 2011 said "voluntary family limitation" was the only way to tackle the growing human population's threat to conservation, William added: "Urbanization, infrastructure development, cultivation—all good things in themselves, but they will have a terrible impact unless we begin to plan and to take measures now."

Prince William's comments about the dangers of the growing population might sound bizarre to some given the fact his wife Kate Middleton is pregnant with the couple's third child.

However, the Duke was quick to point out that overpopulation isn't the only threat to humanity and animals.

He also warned that overgrazing and poor water supplies could have a 'catastrophic effect" on species, as well as the illegal wildlife trade.

"It is barbaric, it destroys livelihoods and communities, and it supports organized crime," he said. "The world is a worse place for it, and we must stamp it out."

Katie O'Malley Deputy Digital Editor Katie O’Malley is the Deputy Digital Editor, at ELLE UK.
This content is created and maintained by a third party, and imported onto this page to help users provide their email addresses. You may be able to find more information about this and similar content at piano.io
Advertisement - Continue Reading Below
More From Celebrity
Travis Covered His Ex' Name With Tattoo for Kourt
Kendall Jenner Wore a Bedazzled Pink Cowboy Hat
Advertisement - Continue Reading Below
Kourtney & Travis Will Def "Have a Baby Together"
Britney Is Done With "Rude, Humiliating" Family
Ben & Jen Are Meeting Up "Whenever Possible"
Anna Kendrick Looked Pretty in Pink at a Premiere
John Mulaney & Olivia Munn Might Split Up: Source
The Sussexes Worried Archie Would Attract Mockery
Diana Would Be "Thrilled" for Harry and Meghan
'Friends' Actor James Michael Tyler Has Died at 59