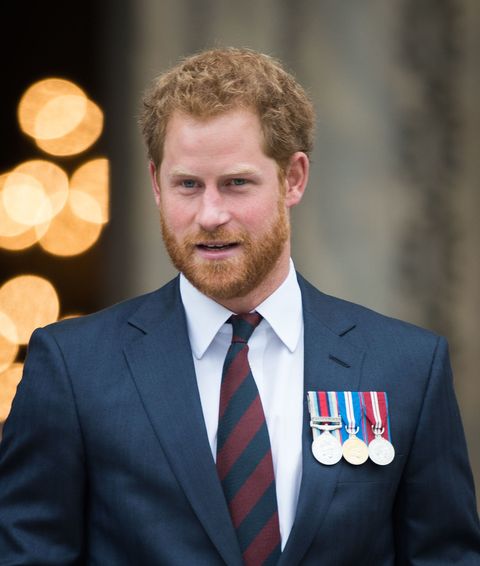 Prince Harry was overcome with emotion as he opened up about the tragic death of his mother, Princess Diana, during a moving speech on Thursday, Nov. 26. Speaking at the opening of Mamohato Children's Centre in Lesotho, Africa, the royal described the profound effect his mother's passing had on him—specifically, how it's been able to help him relate to the orphans he's been inspired to help.

"I knew there would always be a gaping hole that could never be filled," the 31-year-old admitted. "The children at the center were far younger than me, and of course, their situation was a great deal more challenging than my own. Nonetheless, we shared a similar feeling of loss, having a loved one—in my case a parent—snatched away so suddenly."

It's Diana's philanthropic spirit that has motivated the prince to give back. "It's equally important, if not more so, to do the stuff behind the scenes," he explained earlier this year. "It's something that our mother did a lot. And that's the time you really get to learn. You get the experiences and you actually get the honest truth out of people."

Having founded the orphanage in association with his charity, Sentebale, Prince William's little brother honored their mom's memory by naming one of the building's dining halls after her. In the same vein of Lady Di's dedication to those suffering from HIV/AIDS, Harry's new establishment was built to house children who've lost their parents to the life-threatening virus.

This content is created and maintained by a third party, and imported onto this page to help users provide their email addresses. You may be able to find more information about this and similar content at piano.io
Advertisement - Continue Reading Below
More From Celebrity
Who Is Alev Aydin, Father of Halsey's Child?
Surprise—Halsey Is Pregnant With Her First Child
Advertisement - Continue Reading Below
Um, Why Is the Weeknd's Face Bloody and Bandaged?
Your First Look at Kristen Stewart as Diana
47 'Friends' Facts Every Superfan Should Know
Eugenie Shared a Rare Candid Snap With Her Husband
Why Serena Didn't Want Olympia to Play Tennis
J.Lo Talked Botox Claims: "Don't Call Me a Liar"
Kate Has Her Own Direct Line to the Queen
Megan Thee Stallion’s Hottie Bootcamp Is Intense