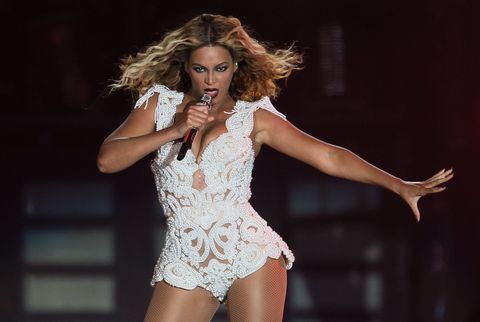 Over the summer, Beyoncé shattered the internet with rumors that she would be joining Tony Stark and Captain America and the Hulk as the newest Avenger, possibly one that deploys plasma bombs with her mind. Today, Beyoncé again causes seismic activity by showing her allegiance to a different superhero squad while upstaging Ciara at her own birthday.

I met Beyoncé tonight and she couldn't have been more sweet. And shares my love of costumes. @Beyonce

Guests did not report an atmospheric disturbance, but Beyoncé *would* totally BYOT (T for tornado), you know?