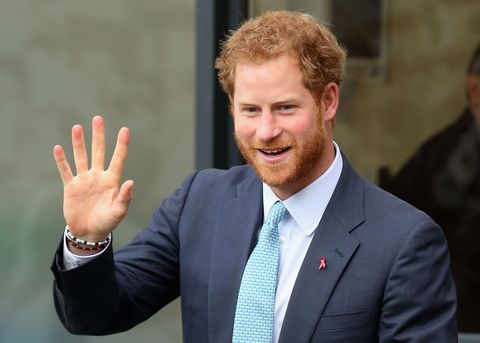 Prince Harry is single and ready to  tie the knot. According to Us Weekly's sources, the 31-year-old royal is over the dating game.

"He's ready for love!" says the source, with maybe a little too much enthusiasm. "Harry is serious about settling down. He's single but he's putting himself out there to find someone."

The prince is, according to the source, seeing not one but *two* women at the moment. (Doubling his odds?) "He's enjoying getting to know them, but he's not officially dating anyone," the source states. But for emphasis—and just in case you get the wrong idea (which, how could you not)—the source adds that he is not "just messing around."

The love-seeker apparently hit it off with an American (gasp?) around New Year's Eve while in L.A. for vacation—a former Dior PR assistant named Juliette Labelle—but that has sort of fizzled now that he's away from the States. "It's now just a friends thing because they don't live in the same country," the source continues.

But what about Hilary Duff, Harry? We know she is totally down for a crown.