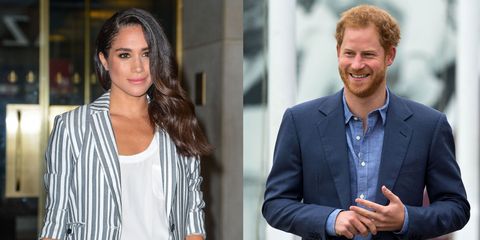 Please prepare for shockwaves of romance, because Meghan Markle is once again in London visiting Prince Harry, and they were photographed holding hands. To quote Phoebe Buffay, they're each other's lobsters.

The couple—who have been dating about six months—were photographed during an evening out together at London's SoHo House.

"They tried to keep as low-key as possible and were sitting in a small snug area of the restaurant," a fellow restaurant goer told The Sun. "But it wasn't a private area and they were happy to be seen...they only had eyes for each other."

Another source tells the magazine, "They've taken things to the next level. They're practically living together. She cooks for him, he pops out to the gym, and they're just enjoying hanging out."