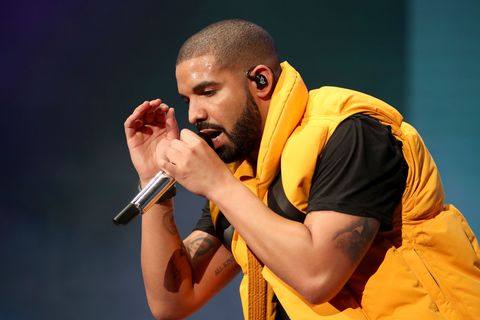 Much like the rest of the music industry, Drake moseyed on down to the desert for Coachella over the weekend, and opted to stay at The Madison Club—a fancy hotel for the rich and famous. Sounds fabulous, yes? No, not so much.

Champagne Papi expressed his displeasure with the club on Instagram, accusing it of racial profiling in the following caption: "The most offensive place I have ever stayed at in my life with staff who pick and choose who they are going to accommodate based on racial profiling."

Drake didn't elaborate on the racial profiling in question (and yeah, he deleted his post), but it's certainly depressing to think one of the most talented artists in the industry would be a target of racism in 2017. The Madison Club has yet to comment on his claims. 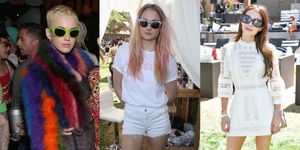 All the Celebrities at Coachella 2017

Mehera Bonner Contributor Mehera Bonner is a news writer who focuses on celebrities and royals—follow her on Instagram.
This content is created and maintained by a third party, and imported onto this page to help users provide their email addresses. You may be able to find more information about this and similar content at piano.io
Advertisement - Continue Reading Below
More From Guide to Coachella 2020
Kylie Jenner's Adorned Braid for Coachella
How to Watch Coachella 2019 Live
Advertisement - Continue Reading Below
Why Solange Isn't Performing at Coachella Anymore
The Best Street Style From Coachella 2018
All the Celebrities at Coachella This Year
The 5 Coolest Beauty Trends at Coachella
How to Create Coachella Braids in Four Easy Steps
Rihanna Looks Unrecognizable at Coachella
Leonardo DiCaprio Saw Coachella in 3D
Kylie Jenner Debuts Denim Blue Coachella Hair