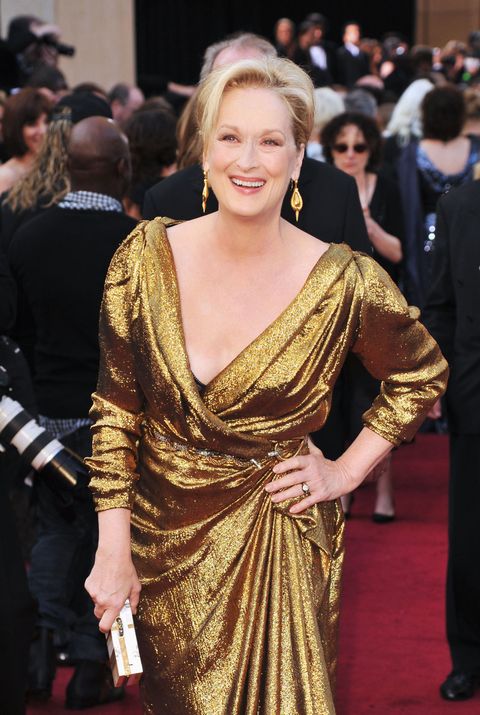 Meryl Streep isn't content with simply winning all the Oscars and every heart in America. She's now using her sizable influence to make Washington a whole lot more feminist.

The AP reports that Streep sent a letter to every member of Congress, urging them to bring back the Equal Rights Amendment, which would outlaw discrimination against women and girls. The letter comes with a copy of Equal Means Equal, a book written by the head of the ERA Coalition, and all 535 letters were personally signed by the Oscar-winning actress.

"I am writing to ask you to stand up for equality–for your mother, your daughter, your sister, your wife or yourself–by actively supporting the Equal Rights Amendment," she wrote. "The ERA is not just a women's rights issue. It will have a meaningful benefit for the whole human family."

The ERA was originally passed in Congress in 1972, but didn't get ratified by enough states to become a constitutional amendment. If it had passed, this would have been in the constitution: "Equality of rights under the law shall not be denied or abridged by the United States or by any State on account of sex." Several bills have been introduced in Congress to revive the ERA, and they have bipartisan support.

Streep joins President Jimmy Carter, Jane Fonda, Lily Tomlin, Rashida Jones, and Gloria Steinem in the campaign to get the amendment ratified. Perhaps she was inspired by her role in the upcoming movie Suffragette, in which she plays activist Emmeline Pankhurst, who helped women get the vote in Britain. But it's more likely that Streep is simply the greatest, and if Congress doesn't listen to her, who will they listen to?