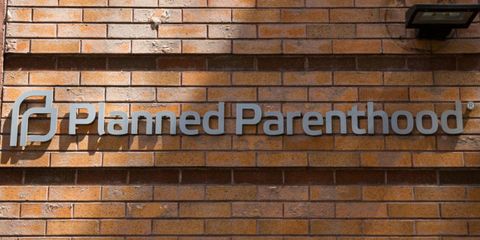 A gunman who opened fire inside a Planned Parenthood clinic in Colorado Springs, Colorado, on Friday is now in police custody following an hours-long standoff with police. "The situation has been resolved," Colorado Springs authorities said during a press conference Friday evening.

Three people were killed as a result of the shooting, according to Colorado Springs Police Lt. Catherine Buckley. One of them is a police officer. CBS News reports that the officer was from the University of Colorado at Colorado Springs police department, which was among the law enforcement agencies that responded.  Nine people were wounded. Planned Parenthood said all of its staff at the clinic was safe.

The suspect, identified as Robert Lewis Dear of North Carolina, surrendered after police made verbal contact with him.  Authorities said they did not know the gunman's motivation.

The shooter was described as wearing a long coat with a hunting-type hat.

UPDATE 11/27, 3pm EST: Stephen Hobbs, a reporter for The Gazette, is on the scene and tweeting updates.

The shooter is "contained," according to Lt. Kirk Wilson, a Colorado Springs police spokesman. Officers are working to "extricate" an officer who is at the scene but police could not immediately reach him.At least three officer are injured as well as multiple others. There are no estimates of the number injured or whether there are fatalities.

The shooting situation remains active and the shooter is not contained. Colorado Springs police says there is no connection to Planned Parenthood and shooting victims are getting treatment.

CNN reports that Lt. Buckley told reporters that the suspect is on the loose and there might be an additional shooter at large, as well:

A shooter who opened fire near a Planned Parenthood in Colorado Springs, Colorado, remains on the loose, police said Friday. "We don't have the suspect yet and we do consider this still an active situation," Lt. Catherine Buckley told reporters. It's possible there could be an additional shooter at large, she said.

The Gazette reports that police say the 911 call originated from the Planned Parenthood. They don't know the number of shooters, or the number of victims. They're not evacuating the neighborhoods north of the scene but asked residents to stay inside and avoid the area.

Police are actively engaged with the shooter inside the Planned Parenthood facility and are receiving gunfire, Buckley said. When asked if the shooter has made any demands or had any communications besides firing at officers, she said "no."Police confirm that a fourth officer has been injured, and Buckley would not confirm how many civilians have been injured.

UPDATE 11/27 5:16pm EST: Vicki Cowart, president of the Planned Parenthood of the Rocky Mountains, said in an e-mailed statement: "At this time, our concern is for the safety of our patients, staff and law enforcement. This is a developing situation, and we'll continue to share updates as we have them."

UPDATE 11/27 6:23pm EST: There was just a news conference on the situation. Lt. Buckley of the Colorado Springs Police Department said it's still an active scene and that the police have been in contact with a suspect inside the building. She said they've evacuated "numerous" people out of the Planned Parenthood building.

Buckley says it's not a stabilized scene and they need to move additional resources in to check out "items" the shooter brought with him to the Planned Parenthood. She said the incident did not involve the bank as some on social media are saying.

At this point, there is just one suspect. They have not confirmed his name.

UPDATE 11/27 8:40PM EST: One of the police officers shot during the hours-long standoff with the shooter has died, according to the Colorado Fraternal Order of Police.

UPDATE 11/27 9:21PM EST: Three people were killed as a result of the shooting, according to Colorado Springs Police Lt. Catherine Buckley. Eleven were taken to local hospitals—five of them police officers.

UPDATE 11/28 9:30am EST: The suspect has been identified as Robert Lewis Dear of North Carolina.

Laura Beck Laura Beck is a Los Angeles-based TV writer and frequent contributor to Cosmopolitan.com — her work has appeared in the New York Times, New Yorker, Jezebel, and the Village Voice.
Advertisement - Continue Reading Below
More From Culture
Candice Marie Woods on Playing Diana Ross
45 Iconic '90s Movies to Binge-Watch Right Now
Advertisement - Continue Reading Below
You Can Get a ‘Golden Girls’ Birthday Party Kit
Meet the Star of 'The Bachelor's ChampagneGate
Hannah Ann Sluss From 'Bachelor' Was a Model
Who Is 'Bachelor' Peter's Mom Talking About?
Who Is Hannah Ann Sluss From 'The Bachelor'?
Who Is 'Bachelor' Contestant Victoria Fuller?
Who Is 'Bachelor' Contestant Madison Prewett?
Who Are the Women of 'The Bachelor' in 2020?