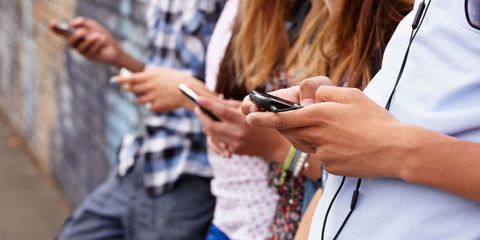 The Huffington Post reports that European lawmakers are about to sneakily pass a law that would require parental approval for kids under 16 to use social media in the European Union. The current draft of the European Data Protection Regulation sets the age at 13, which is consistent with laws and practices around the world. However, EU policymakers are set to vote to change the age to 16 within the next 48 hours.

As The Huffington Post points out, this could have dire consequences for the teens of the European Union. Social media is often a lifeline for many kids; helping them reach out and receive assistance in times of need:

My friends in the suicide prevention and mental health communities tell me that social media, along with texting, is very often the way that teens reach out when they are in crisis. Social media services are frequently used by younger teens to seek help or just let others know about their distress. I have heard of numerous cases where suicides have been prevented as a result of teens reaching out, along with even more cases of teens seeking or getting help when dealing with such things as physical abuse, sexual harassment, bullying and self-harm.

This could be especially hard on children in difficult situations — think, kids suffering from abuse and neglect, those unable to get parental consent, and those seeking LGBT support services and kindred, life-saving communities.

Laura Beck Laura Beck is a Los Angeles-based TV writer and frequent contributor to Cosmopolitan.com — her work has appeared in the New York Times, New Yorker, Jezebel, and the Village Voice.
Advertisement - Continue Reading Below
More From Culture
Jennifer Lawrence Will Star In a Netflix Film
Who From Bachelor Nation Will Be on the 'Games'?
Advertisement - Continue Reading Below
The Best Romantic Films of the Year (So Far)
An Investigation Into the Next 'Bachelorette'
Mindy Kaling & Priyanka Chopra Team Up
How the 'To All the Boys 2' Soundtrack Was Made
Does 'Bachelor's Madison Prewett Self-Eliminate?
How Much Does 'The Bachelor' Make?
Tales of a Hollywood Con Queen
Who Will Be on 'Bachelor in Paradise' in 2020?