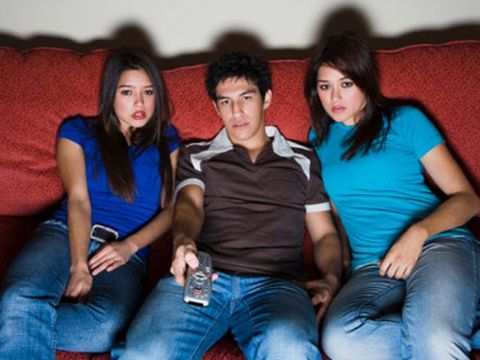 I had no idea how dependent I'd become on two acquaintances, their opinions and approval, or how quickly a financial arrangement would evolve into friendship. So it hurt worse than a botched love affair when I learned after two years that they were about to dump me.

"It's a contingency plan in case you move in with your boyfriend," they explained (I'd discovered the plot from a mistakenly forwarded e-mail). But when I called their bluff, they stood firm. I was out.

So, I hid in my room developing elaborate revenge fantasies: Maybe their credit applications for a new place would be denied, or I could move out under the cover of night and take all the furniture. But the anger was just a mask: I was mourning the loss of my urban family.

Then it hit me: They weren't family; apparently, they weren't even friends. We'd come together to share cutlery and split the cable bill. Beyond that, there was no loyalty, no love. They'd just grown tired of my zeal for home administration (collecting the rent, monitoring the milk levels, enforcing the thermostat setting) and moved on. I needed to do the same.

Within six months, they had a cozy two-bedroom, and I had the deed to my own condo. Now, two years on, I hardly miss them, instead relishing solo luxuries like vacuuming at 3 a.m. and dirtying every fork. I'm the star of my own sitcom, and this time, there's no one to write me out of the script.

Click here to learn about alternative roomates ... the pug, the bird, the Chia Pet?

This content is created and maintained by a third party, and imported onto this page to help users provide their email addresses. You may be able to find more information about this and similar content at piano.io
Advertisement - Continue Reading Below
More From Culture
There Was a 'Friends' Reunion at the Emmy's
When Is 'Schitt's Creek' Coming to Netflix?
Advertisement - Continue Reading Below
The 2020 Emmys Had a Confusing Vibe
'Schitt's Creek' Swept the 2020 Emmys
Jennifer Aniston Attends the Emmys in Amazing LBD
'Succession' Season 3: Everything We Know So Far
The Emmys Will Have a Red Carpet This Year
A New Doc Delves Into the Watts Family Murders
'The Crown' Season 4 Is Coming So Soon
Watch the Emmy-Nominated Michael Jordan Doc