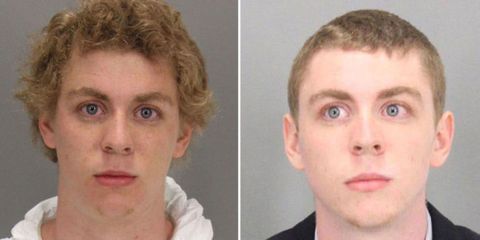 Since convicted Stanford rapist Brock Turner's six-month sentence was announced last week, his letter to Judge Aaron Persky was released, as were absurd ones from Turner's childhood friend and his father. Now, for the first time since the letter she wrote to her attacker went viral, the victim has spoken out.

The case's prosecutor released the following statement to KTVU on her behalf:

I remain anonymous, yes to protect my identity. But it is also a statement, that all of these people are fighting for someone they don't know. That's the beauty of it. I don't need labels, categories, to prove I am worthy of respect, to prove that I should be listened to. I am coming out to you as simply a woman wanting to be heard. Yes there is plenty more I'd like to tell you about me. For now, I am every woman.

Meanwhile, people are still attempting to remove the judge who gave Turner such a lenient sentence. You can sign the petition here.

This content is created and maintained by a third party, and imported onto this page to help users provide their email addresses. You may be able to find more information about this and similar content at piano.io
Advertisement - Continue Reading Below
More From Culture
36 Movies With Super-Romantic Sex Scenes
Anne Hathaway & Elizabeth Nyamayaro on Compassion
Advertisement - Continue Reading Below
When You Can Expect New Episodes of 'The Circle'
'Ginny & Georgia' Season 2: Everything We Know
Get to Know Courtney From Season 2 of 'The Circle'
'The Circle' USA Is Actually Filmed In the U.K.
The 25 Hottest Movies on Hulu Right Now
There's a UK Version of 'The Circle'
Bethenny Frankel Is Minding Her Own Business
A Look Back at Princess Anne's Life in Photos