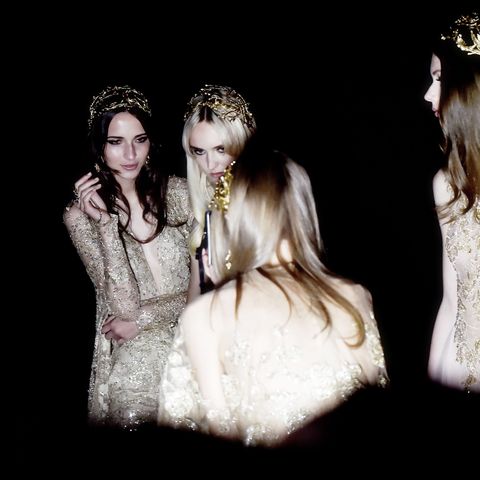 Animosity towards women is still "disturbingly high," and a worrying new survey reveals that the progress of equality is truly slowing because of it.

The Fawcett Society survey asked more than 8,000 adults whether a woman was responsible and to blame if she was sexually assaulted during a drunken night while she happened to be wearing a short skirt.

Nearly two out of five men said the woman was either "totally" or "partly to blame" in eye-opening findings, revealed by Sky News.

Surprisingly, according to the report called Sounds Familiar, 55 percent of women over 65 also said a woman is totally or partly to blame, compared with 48 percent of men of the same age, revealing there still is a generational discrepancy between attitudes.

Sam Smethers, the Fawcett Society chief executive, told the news agency: "I can think of no other crime where we are so ready to blame the victim, but here women are being held responsible for the behavior of their attacker."

"It is quite extraordinary and reveals just how deep-seated our readiness to blame women runs within our culture."

Although nearly 20 percent of men between the ages of 25—34 said that women's equality would put them at a disadvantage, young men are actually more likely to call themselves feminists today than they ever have been.

"Far from being an entirely negative picture, we also see that the majority of young men are allies for women and for feminism," Ms. Smethers added.

"Young men are also as likely as young women to be looking for flexibility and thinking about how they combine work and family life."

"They can see that addressing these inequalities will help them, too."

"We have to make common cause with them and isolate those who would hold us all back."

A spokesperson for the government's Equalities Office released the statement: "No woman should have to tolerate discrimination or negative behavior of any sort because of her gender."

"It is a government priority to protect women and girls from violence."

"We have come a long way already, effectively bringing perpetrators to justice, but will continue to work until the problem is eliminated completely."