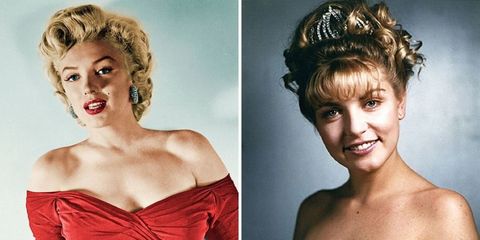 Did you know that Marilyn Monroe was the inspiration for the Twin Peaks character Laura Palmer? There are so many similarities between the famous actress and the ill-fated homecoming queen, it's shocking we've never realized it before.

Think about it: Not only did both women hide dark secrets behind their beautiful blonde exteriors, but they both also met mysterious and untimely deaths that had a "profound ripple effect," Great Big Story points out in their new video.

This is more than just a coincidence or a fan theory, though. Before David Lynch and Mark Frost got together to make Twin Peaks, they tried to make a film based on the diaries of Monroe and her mysterious death, according to Great Big Story.

But after they struggled to confirm the truth, the studio dropped the film. That's when Frost and Lynch decided to use the mysterious circumstances around Monroe's death—which they believed was murder—as the inspiration for a new TV show that eventually became Twin Peaks. 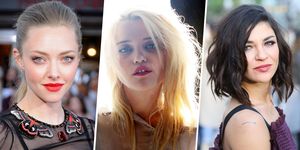 Lyndsey Matthews Freelance Writer Lyndsey Matthews is the Destination News Editor for AFAR; previously she was a Lifestyle Editor across all of Hearst Digital Media's brands, and a digital editor at Martha Stewart Weddings and Travel + Leisure.
This content is created and maintained by a third party, and imported onto this page to help users provide their email addresses. You may be able to find more information about this and similar content at piano.io
Advertisement - Continue Reading Below
More From Culture
Iconic '90s Movies to Binge-Watch Right Now
HBO Is Giving Fans a Special 'Euphoria' Episode
Advertisement - Continue Reading Below
Horror Movies Even Scaredy Cats Can Watch
Who's Who In 'The Haunting of Bly Manor'
Avengers Fans, Assemble: 'WandaVision' Is Coming
There Was a 'Friends' Reunion at the Emmy's
When Is 'Schitt's Creek' Coming to Netflix?
The 2020 Emmys Had a Confusing Vibe
'Schitt's Creek' Swept the 2020 Emmys
Jennifer Aniston Attends the Emmys in Amazing LBD