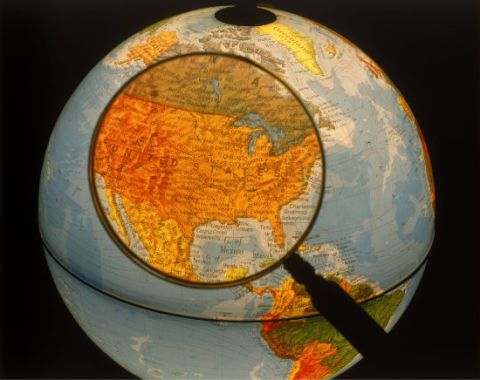 How's that New Year's resolution to keep track of your budget going? Are you keeping it? With a little help from Apartment Guide and The Council for Community and Economic Researchh, we're sharing the 10 best places in the U.S. where it's easiest to stick to your budget:

Although its name means "Old Town," this bustling city is anything but dated. Tulsa has the best of both urban and natural atmospheres with a modern city center that is dotted with parks. Also, it has one of the lowest gas prices in the country.

This city has it all: With its perfect balance of old-meets-new world vibes of rich historical landmarks and young, hip resturaunts, Augusta is a top city to relocate too. Another bonus? It is not just a top budget friendly city to live, but was ranked one of the as the fourth best cities to live.

Related: Single Girl's Guide: How to Travel the World

Soul, rock n' roll, country? This city has one of the best music cultures in all of the USA. Also, you could consider it the new Silicon Valley of the East — startups thrive here.

Looking for a place with great attractions? Columbus has everything — it's filled with aquariums, stadiums, and music halls. Also, gas prices are just over $3.00 dollars.

Although it ranks as a top business hub, it is still one of the cheapest places to live. That's more bang for your buck!

This midwestern metropilis is also home to the Wright brothers. Its gas prices also hover around $3.00 dollars. Not bad.

Ranked one of the "Most Liveable Cities," and "Best Food Getaway" by Zagat, Louisville also has a zillion free things to go to, including art galleries and theaters.

Do you like line dancing? Well, Oklahoma City has tons of it. Also, gas prices are just over $2.50 dollars a gallon. You get the best of both worlds.

Right over the water, the Cincinnati boasts an impressive nightime cityscape line. Also you can get really cheap meatballs. Best. Plus. Ever.


The History of Tattoos