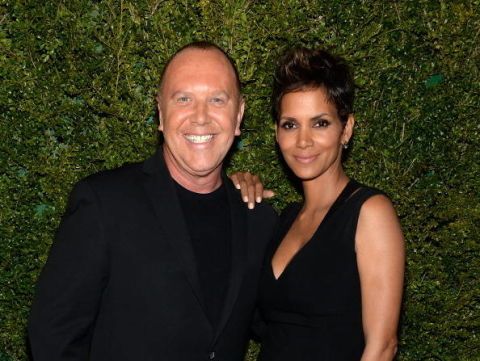 Michael Kors is teaming up with Halle Berry and the United Nations World Food Programme (WFP) on his mission to help fight global hunger.

LEARN: As part of the WATCH HUNGER STOP initiative, Michael Kors will be raising support and awareness for World Food Day on October 16.

SHARE: Supporters can pick up a free Michael Kors "Watch Hunger Stop" T-shirt at participating stores and have their photo taken, which they will receive through text to share on social networks with the hashtag #WatchHungerStop. Photos will be live-streamed to the digital billboards of Times Square and uploaded to WatchHungerStop.com/Billboard, reaching over 10 million fans.

MAKE A DIFFERENCE: Michael Kors has helped to deliver over 1 million meals to hungry children to date, and he encourages fans and leaders to join his forces. A $5 donation — the cost of a cup of coffee in New York as the designer reminds us — will feed a child for a month.